IEEE Wireless Communications and Networking Conference
15-18 April 2018 // Barcelona, Spain
Leading the Way to 5G and Beyond 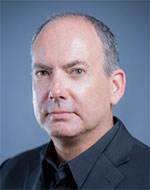 Tim Danford is Director of Research at Facebook Connectivity Lab. He has over to 30 years of international experience in communications, M&A, Venture Capital and founding startups.

Prior to Facebook, Tim was and entrepreneur and venture capital investor. He was the co-founder of multiple startups in the wireless and enterprise markets including Airespace and MobileIron. He was Managing Director at Storm Ventures, Venture Partner at Lightspeed Venture Partners and Investment Director at Intel Capital. 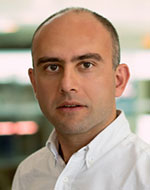 Lorenzo is a Vice President of Technical Standards at Qualcomm. He joined Qualcomm in 2000 and has been with the company since then, covering a variety of roles related to wireless communication, including research and system design, government affairs, product, and technical standardization. He currently leads Qualcomm’s activities in 3GPP, the standards body designing 5G.

Lorenzo holds graduate degrees in Electrical Engineering from the Turin Polytechnic, in Telecommunication from the Eurecom Institute, France, and in Philosophy from the Rome University. He sits on the board of advisors of Luiss Enlabs, Italy’s largest startup accelerator. He is the author or co-author of over 50 approved patents.

Lorenzo is based in Barcelona and in Rome, and travels frequently to California, where he has lived for a number of years.

Talk: 5G: From Vision to Reality

The presentation will discuss how 5G will provide next level of user experience for mobile broadband as well as enable new use cases. 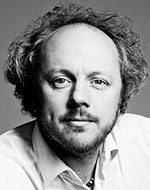 Frank H. P. Fitzek is a Professor and head of the “Deutsche Telekom Chair of Communication Networks” at TU Dresden coordinating the 5G Lab Germany.

He co-founded several start-up companies starting with acticom GmbH in Berlin in 1999. He has visited various research institutes including Massachusetts Institute of Technology (MIT), VTT, and Arizona State University. In 2005 he won the YRP award for the work on MIMO MDC and received the Young Elite Researcher Award of Denmark. He was selected to receive the NOKIA Champion Award several times in a row from 2007 to 2011. In 2008 he was awarded the Nokia Achievement Award for his work on cooperative networks. In 2011 he received the SAPERE AUDE research grant from the Danish government and in 2012 he received the Vodafone Innovation prize. In 2015 he was awarded the honorary degree “Doctor Honoris Causa” from Budapest University of Technology and Economy (BUTE).

Talk: Tactile Internet with Humans in the Loop

5G is the first global communication system targeting low latencies. This will enable the Tactile Internet with several interesting use cases such as Telemedicine, Co-habitation of humans and robots, or more general the Internet of Skills. The open research question is the trade-off between latency, throughput, and resilience under further constraints such as security, energy, and heterogeneity. Novel concepts such as compressed sensing or network coding are the enablers to soften this trade-off. The talk will also highlight the basic 5G concepts for the Tactile Internet such as network slicing, mobile edge clouds, and multi-connectivity. 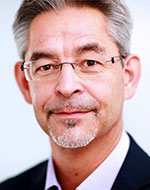 Meik Kottkamp is Principal Technology Manager within the Test & Measurement Division of Rohde & Schwarz in Munich. He is responsible for strategic marketing and product portfolio development covering the enhancements in existing and new 3GPP technologies. His focus is on LTE-Advanced Pro and the 5G NR technology researching the required test and measurement solutions. He is involved in multiple Horizon 2020 and national projects with focus on cm-/ mm-Wave spectrum and OTA test methods. Meik joined Rohde & Schwarz in August 2007 after working 11 years for Siemens and NSN, respectively. During his time at Siemens and NSN he was involved in multiple UMTS and LTE research projects. He holds a Dipl.-Ing. degree of Electrical Engineering with focus on radio frequency technology from the University of Hannover / Germany.

5G being a research topic for many years develops towards concrete implementations on both end user device and infrastructure equipment. The coverage for the triangle of use cases spanning enhanced mobile broadband services, massive IoT connectivity and ultra reliable and low latency applications resulted into a versatile, flexible and throught configurable technology. Managing the flexibility in the system will be key. In particular verifying that key technology components to achieve the performance intended is of utmost importance when turning the 5G visions into product reality. Challenges include mastering the cm-/mm-wave spectrum and applying advanced antenna systems for massive MIMO and beamforming implementations. The talk will provide insights into the verification of the 5G NR technology including over the air test methods and results in an lab environment as well as in deployed (trial) networks. 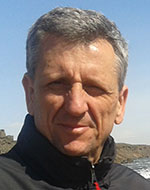 Dr Diego R. Lopez joined Telefonica I+D in 2011 as a Senior Technology Expert on network middleware and services. He is currently in charge of the Technology Exploration activities within the GCTIO Unit of Telefónica I+D. Before joining Telefónica he spent some years in the academic sector, dedicated to research on network service abstractions and the development of APIs based on them. During this period, he was appointed as member of the High-Level Expert Group on Scientific Data Infrastructures by the European Commission.

Diego is currently focused on identifying and evaluating new opportunities in technologies applicable to network infrastructures, and the coordination of national and international collaboration activities. His current interests are related to network virtualization, infrastructural services, network management, new network architectures, and network security. Diego chairs the ETSI ISG on Network Function Virtualization, and the NFVRG within the IRTF.

Apart from this, Diego is a more than acceptable Iberian ham carver, and extremely fond of seeking and enjoying comics, and good discussions on any (in)appropriate matter.

Talk: How to Nurture Intelligence in the Network Management Playground

The application of different technologies able to use, in an autonomous way, the result of observations and data to network management is one of the most salient consequences of the already pervasive Software Network. Whether we talk about Big Data, Machine Learning, Artificial Intelligence, or the latest buzzword coined within the field, we will be talking of a hot issue that tries to leverage current results in other areas to address the ever-increasing intricacy of the tasks required to manage and control current and future networks. Anyway, we must acknowledge these applications are still in their early childhood when it comes to apply them in the network environments, which have unique challenges to be considered. We will analyze these challenges, and how they can be addressed to make these technologies grow till they can become really useful to the wider networking community. 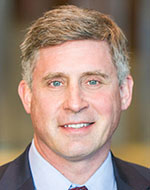 James Kimery is a Director of Marketing for National Instruments SDR and Wireless Research initiatives.  In this role, James is responsible for company’s 5G strategy encompassing both research and business initiatives.  James also leads NI’s RF and Communications Lead User program which works with leading researchers across the world to accelerate the transition from theory to prototype and deployment.  James also manages the company’s software defined radio business including the Ettus Research subsidiary acquired by NI in 2010.  In 2014, James chaired the IEEE Globecom industry committee which was held in Austin, Texas.  Prior to joining NI, James was the Director of Marketing for Silicon Laboratories' wireless division. As Director, the wireless division grew revenues exceeding $250M (from $5M) and produced several industry innovations including the first integrated CMOS RF synthesizer and transceiver for cellular communications, the first digitally controlled crystal oscillator, and the first integrated single chip phone (AeroFONE).  AeroFONE was voted by the IEEE as one of the top 40 innovative ICs ever developed.  James also worked at National Instruments before transitioning to Silicon Labs and led many successful programs including the concept and launch of the PCI eXtensions for Instrumentation (PXI) platform.  James was a founding member of the VXIplug&play Systems Alliance, VISA working group, and PXI System Alliance.  He has authored over 60 technical papers and articles covering a variety of wireless and test and measurement related topics.  James holds degrees from the University of Texas at Austin (MBA) and Texas A&M University (BSEE).

Talk: Evolving 5G and Beyond

With the release of the first 5G draft in December 2017, what is next?  The 3GPP did address many of the key objectives outlined by the industry for 5G with the initial specification.  However, there is much work left to do.  Expected challenges include commercialization, testing and enabling application ecosystems beyond 4G.   In addition, wireless research enters a new phase; one that perhaps is not tethered to the stringent path outlined by LTE many years ago.  5G has opened new research vectors in further evolving the physical layer, upper layers and even network topologies to fully fulfill the promise of a truly connected world.  This talk will review the road to 5G, the challenges ahead, and introduce possible research areas necessary to advance wireless communications into the next decade.